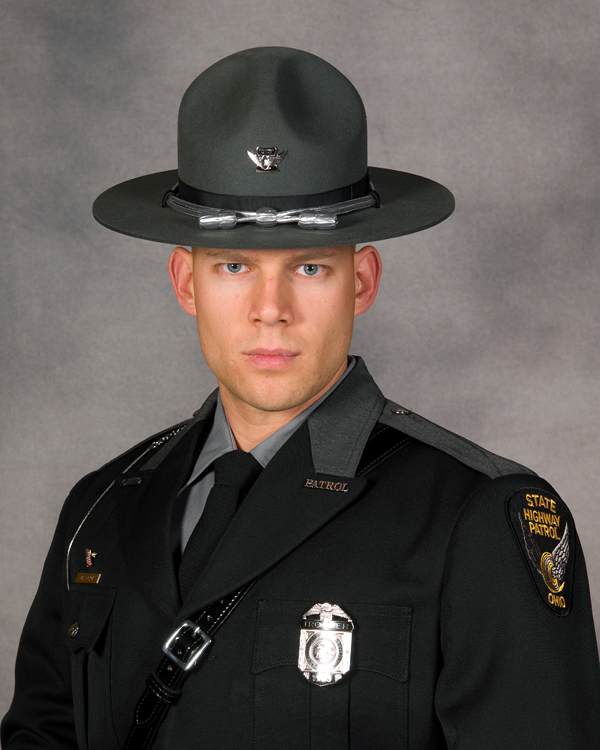 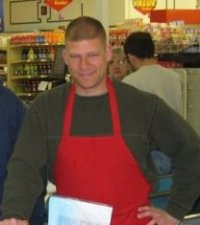 Findlay Courier Memorial Video
Fox Toledo - Remembering Andy
Fox Toledo Funeral Coverage
ABC Toledo  Funeral Coverage
Andy, during his "pre-patrol" days at the IGA
As Andy's boss at the local IGA in Carey, Doug Allison made these comments on Andy's Facebook memorial page;   I have been getting Andy stories from the hundreds of people that come into the store each day. This is the best one so far. A gentleman told me he hired Andy to seal his blacktop driveway during Andy's independant contracting days. It was hot outside, very hot. So Andy takes off his shirt and begins to spread the product over the big driveway. The man's wife and daughter get lawn chairs out and enjoy the show.  After that he was known as "Eye Candy Andy" to them. 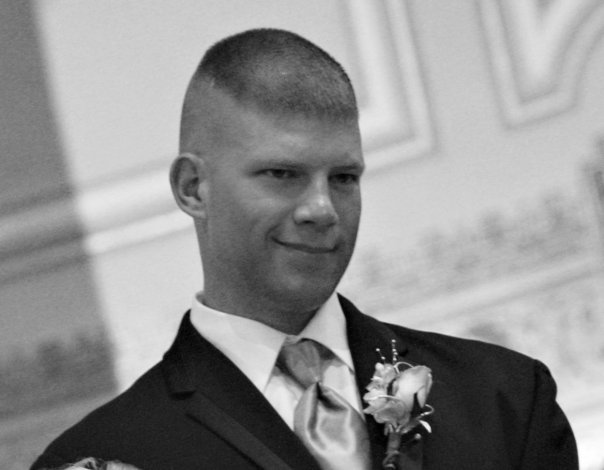 Raymond Yingling
Remebering those who have served...
(Click Photo)